Why is having Dyslexia called a Gift?

In a previous blog we talked about the good and the not so good of carrying the label of dyslexia.  For many it’s an insurmountable obstacle leading to serious learning difficulties, if untreated. At the same time it is a manifestation of an incredible talent, a special gift.

Henry Winkler: an actor, director and  author and inspirational person who has dyslexia and difficulty with math. He’s best known to the older generation for the role of The Fonz which he played in the Tv series Happy Days – the new generation of fans may know him better for co-authoring 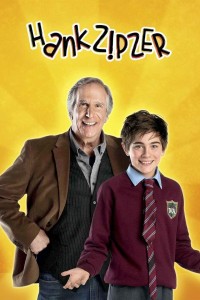 the best-selling Hank Zipzer children series. (Watch the series on Youtube) Hank is a 12-year-old World’s Greatest Underachiever with a unique perspective on the world.  Henry Winkler was recently made an Honorary Officer of the Most Excellent Order of the British Empire, or OBE, by Her Majesty Queen Elizabeth II.  for his services to children with dyslexia and special educational needs.

I have encountered in my practice many primary school children with dyslexia, who, often sharing with their parents, are feeling so depressed, anxious, hopeless, frustrated, embarrassed, offended and desperate that they are not in any state to appreciate any Gift of Dyslexia! This is because the more they try to read, the more confused and disoriented they become.  Most of them have been starting every day with a very low self-esteem.  It is often a challenge for me as Dyslexia Correction Facilitator to open up the door to these so-called  dyslexia-related gifts .  But fortunately, in most cases, halfway through the Davis® Dyslexia Correction Programme, the door to their gifts or hidden talents starts to open by itself.  So, what exactly is this gift?

The chicken or the egg, or in spite of, or because of…?

Ron Davis, the creator of the world-wide acclaimed Davis Dyslexic Correction Programmes,  is of the opinion that the so-called negative aspect of dyslexia also has a positive side. We find many adult dyslexics are using the positive side of dyslexia (their talent) in their daily work life without realising it.  They just think they have a knack for doing something, without realising that their special talent comes from the same mental functions that prevent them from being able to read, write or spell. It is the same mental function that produces a genius that can also produce those problems. Fortunately, this is easy to correct.

In his book The Gift of Dyslexia, Ronald D Davis wrote that having dyslexia won’t make every dyslexic a genius, but it is good for the self-esteem of all dyslexics to know their minds are working in exactly the same way as the minds of great geniuses. It is also important for them to know that having a problem with reading, writing, spelling or math, handwriting or co-ordination doesn’t mean they are dumb, lazy, un-teachable or stupid.
The mental function that causes dyslexia is a gift in the truest sense of the word : it is a natural ability, a talent. It is something special that enhances the individual. Dyslexics don’t all develop the same gifts but they do have certain mental functions in common.  Ron Davis has discovered some of these:

It is crucial that these basic abilities are not being (unintentionally) destroyed or suppressed  by parents or the educational process or even medicine.

These abilities will result in two characteristics:  the one is higher  than normal  intelligence and the other being extraordinary creative. From these, the true gift of dyslexia can emerge – the gift of mastery!

My adult dyslexic daughter explains:   “during my years in school (before doing the Davis programmes) I was concentrating so hard to hide my dyslexia and to survive school, that I never  thought of having special  talents.  Now as an adult, I am aware of my  creative skills (I am a graphic designer), I am a holistic thinker and can solve technical and design problems by just looking at the schematic plans .I have also discovered my comedian talent which comes from my rapid use of words and their pun values.”

Lewis Hamilton – Formula One World champion in 2008, 2014 and 2015  was only 30 years old when he let the world know that he is dyslexic. Bullying as a child in school was so bad that Hamilton took karate lessons at the age of five, to provide him with a means of defending himself against his aggressors. Whether it was the bullying in school which drove him forward, a passion for cars, or an innate desire to be a champion despite his dyslexia, Hamilton started racing at a very young age. By the age of six, he was winning remote control car championships against adults as part of the British Radio Car Association. He said that school was tough, but it is his dyslexia that  motivated him to work extra hard. At 13 he was taken into McLaren’s driver development team. Hamilton became the youngest driver to secure a contract resulting in a Formula One drive.

While school was not fun for him, Lewis Hamilton clearly possessed what it takes to “power through” such struggles. He made a champion of himself, rising above the bullying circumstances and dyslexia struggles of his youth. (Source.)

The perceptual talent that is part of the Gift of Dyslexia can be described in many ways:

When these talents are used in the right context, they enhance:

The Gift of Mastery can develop in many different ways.  For the one its physics, (Albert Einstein) the other sport (Jackie Steward, 4-times F1 world champion) Animation (Walt Disney), Spielberg (movies, Jaws! Jurassic Park), Cooking (Jamie Oliver) and for Tom Cruise and Keira Knightly it is acting.

Note that the major ingredient of these gifted talents, is creativity.  We in the Davis  school of thought are of the opinion that most dyslexics are right brain picture thinkers, they form a picture for each word, each sentence thought of, seen or heard. Unfortunately, a great number of words in any language are abstract and do not link with a picture.  With the Davis Dyslexia Correction Programme, we facilitate the dyslexic to create such pictures and stop dyslexia to kick in.  We do not alter anything relating to his gifts stemming from dyslexia.

This is a perfect summary of the Gift of Dyslexia!

No matter what program is being used to solve or correct dyslexia, it is very important that under no circumstance any of these perceptual talents be destroyed or suppressed.
Here are a few ways how that can happen – probably quite unintentional. Parent says:

… Until his school work improves!

Many people with dyslexia have discovered their talents after school and much later in their lives.

Whoopi Goldberg was diagnosed with dyslexia but her mum told her she could be anything she wanted to be despite her friends calling her dumb.  Goldberg believed her mum and grew up to be a comedian, talk show host  and actress and became one of only a few people winning  Grammy and Academy Awards and Emmy and the Tony Awards.

Steven Spielberg, legendary film director was only diagnosed with dyslexia until he was in his 60s. School teachers thought he was lazy he was bullied

and teased by his classmates and his trouble in school played the part in his career not only that Making Movies gave him a place to channel is energies but he said that as an adult after find out that he has dyslexia was like the last puzzle piece to a great mystery that he kept to himself.

Swimmer Michael Phelps holds the record for winning the most Olympic
medals. When h

e was a child he was suffering from ADHD. He was very hyperactive and his mother used his love for swimming to help  him focus on his dreams.

Kiera Knightly was diagnosed with dyslexia at age of 6,  She fell in love with

acting and to help motivate her to read,  she struck a deal with her parents that if she worked on her reading every day they would agree to hire an agent for her. The Pirates of the Caribbean made good on her half of the bargain because she had to read her scripts every day! She says:  “I am a slow reader. I always loved words, which is a strange thing given that I couldn’t actually read them”
She soon became one of Hollywood highest earning actresses.
And then the famous  Jamie Oliver, chef restaurant owner has build an Empire with his best selling cookbooks, primetime TV shows., restaurants and Cookware. He didn’t finish reading his first book until he was 38 years old.

Orlando Bloom;  Hold on to your dreams

All these very successful people – and there are many more – were tested as dyslexic and  they had something that contributed to their worldwide celebrated successes.

It is worthwhile to Google the list of celebrities with DYSLEXIA  and related  ADHD, DYSPRAXIA and DYSGRAPHIA.

For the older learners and even young adults who are worried about their future careers:

With the right help in the right ways, dyslexia doesn’t have to stop you achieving your dreams, whatever they are, and the gift  will be the ultimate benefit!

I compiled this list of gifted traits after reading a great number of biographies of famous dyslexics. They all share the following in some way or the other:

Recently famous actor Michael Douglas learnt with relief (!) that his son has tested for dyslexia. Now they as parents know what to do. Watch this video.

Some food for thought:

If the rumours of a possible “cure” for dyslexia become a reality would we want it?  Would you like to live in a world without Mickey Mouse, Tom and Jerry,  Jurassic Park, the music of John Lennon, the discoveries of Edison, Harry Potter (JK Rowlings is dyslexic) and thousands more?

What I learned  from my studies to become a Davis ® Dyslexic Correction Facilitator and my experiences in helping a  number of young and adolescent dyslexics in my practice, is that I have immense respect for people with dyslexia;  I am at certain times somewhat jealous of their creative, holistic and survival abilities.

The first step in determining whether you or your child are experiencing learning difficulties due to dyslexia, is to do this preliminary free and confidential screening assessment in order to get a profile of learning strengths and weaknesses, including a measure of severity of symptoms.

Your answers to the 41 questions are confidential and stay with you. Your results will be shown on screen as soon as you finish answering the questions. You will have an opportunity to print out your results at the end of the assessment.

The second step is a basic interview by phone/skype where you can ask as many question as needed. Contact:

Phone : +27 83 413 1428 or Email: info@dyslexiasolutions.co.za After this initial exercise the formal process will start.