The origin of the word Dyslexia dates back to the 1880’s in Greek:

Identifying signs of dyslexia can be a difficult task, but they are usually tell-tale causes of the child’s overall learning pattern. As dyslexia is mainly associated with difficulty to read, it cannot be reliably tested until the child begins with reading, usually between ages 4 and 8. (Abigail Marshall 2004: Parent’s guide to children with Dyslexia).

The main role-players in identifying dyslexia in children are Parents, Teachers, Speech Therapists, and … the children themselves!

Is This Your Child?

Below are 37 identified visible traits and behaviours of the dyslexics.

Most dyslexics will exhibit about 10 or more of the following traits and behaviors. These characteristics can vary from day-to-day or minute-to-minute. The most consistent thing about dyslexics is their inconsistency.

From the www.dyslexia.com website Copyright ©DDAI reprinted with permission. 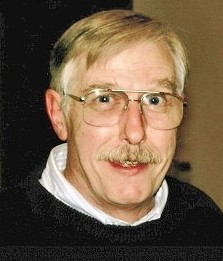 (Picture of Ron Davis taken with permission from  www.dyslexia.com)

“Ron Davis, author of The Gift of Dyslexia, was himself a severely dyslexic adult. He figured out how to ‘correct’ his own dyslexia before he ever came up with any theories about dyslexia. Until the age of 38, he had always accep

ted the official diagnosis of the experts as “mentally retarded.” Although he had a measured IQ of 160; he was told that he would never be able to read or write without an arduous struggle., and that there was something wrong with his brain. Which of course was not true!

Then he noticed that sometimes his symptoms of dyslexia got worse. Being an engineer by training, it occurred to him that if he could figure out how to make his dyslexia worse, he may somehow be able to figure out how to make his dyslexia better. His first clue was when he was at his artistic best, he was at his dyslexic worst. Then he discovered that many of his artistic friends were also dyslexic and through a trial-and-error approach he developed a reliable method for helping others to overcome their own dyslexia. About a year later, in 1982, he opened his first reading clinic.”

(Please read the full text of the article from which the above quote was taken with permission: The Theory Behind Davis Dyslexia Correction Methods, By Abigail Marshall © 1999, 2005. )

The key phrase from the above extract is: “… helping others to overcome their own dyslexia.”   Ron Davis has proven time and again that the only person who is able to correct a learning problem is the person who has it.  This is what the Dyslexia Correction Programme is all about: the dyslexic’s sense of responsibility.  We, here at Dyslexia Solutions South Africa, will help the dyslexic learner to assume responsibility for correction his dyslexia.  We give the learner the tools, skills, and methods, and in so doing give the dyslexic knowledge and practice to use the new knowledge.  With that, it takes only 5 days for the dyslexic to realise that he is not dumb, stupid, lazy and unwilling to participate in class.  From that moment the dyslexic takes control of reading, writing, daydreaming, hyperactivity, making sense of basic Math principles and starting to write neatly and with confidence.

Today, there are Davis  programme providers in more than 47 countries and working in more than 30 languages.  Since 2013 Afrikaans is now also one of those languages!  All these Facilitators have completed an extensive program of training and practice over a period of up to two years in methods geared to the dyslexic’s unique thinking and learning style; teaching their clients in a 5 – 8 days private in a one-to-one setting how to learn to read, write, and study efficiently. Because the teaching method is one of Mastery, the knowledge stays with the child his whole life, and dyslexia should never bother him again.

Dyslexia Solutions South Africa, based in White River in Mpumalanga, has a licensed Davis Dyslexia Correction Facilitator, Jan Viljoen,  trained to teach clients how to use the Davis “tools” to learn to read, write, and study efficiently and to resolve the one root of the learning disabilities associated with Dyslexia, namely ADD and ADHD, while leaving the real gifts of dyslexia intact.

The Most Misunderstood Learning Style 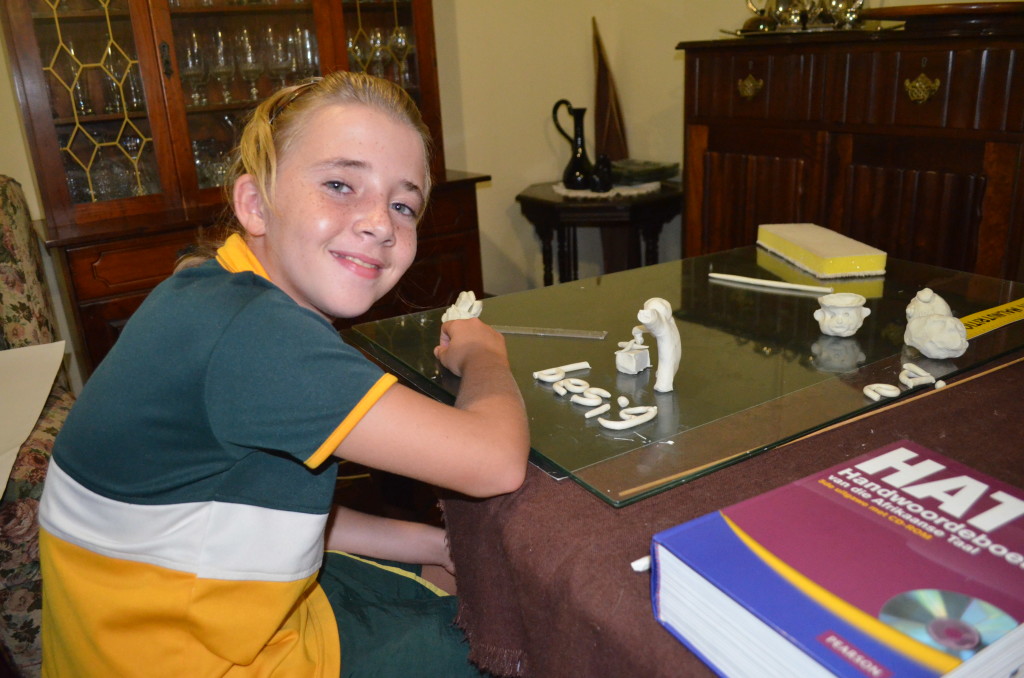 Let’s first say what Dyslexia is NOT:

It has no link to different intelligence levels. Dyslexics aren’t all the same, but they do share certain traits:

So, if dyslexics are so gifted, what then is causing the learning disabilities?

Why do they so frequently get confused when reading, why do the letters not stay still?

What is the link with ADD/ADHD, and why do most find it difficult to grasp basic Math principles?

Verbal learners mainly think with the sounds of words, their thoughts are linear in time and follows the structure of language, with a sort of internal dialogue.

Most dyslexics are nonverbal thinkers – they mainly think in 3-dimensional multi-sensory pictures. When a sentence is read, a picture of what the sentence is “saying” is formed – not of the words, but of its meaning.

Sight words: However this talent can cause problems and confusions when reading words which are not attached to an image of the meaning of the word. Table, horse, mountain, most nouns, have images, but words like but, when, almost, for, from, is, if, the,  and about 200 such sight or abstract words with no picture attached in both English and Afrikaans are at the root of reading difficulties for a picture-thinker. The text quickly loses meaning – causing confusion, frustration, and fatigue and eventually total debilitating disorientation.

When confused, the dyslexic’s automatic response is to make use of his Gift of Dyslexia, examine the source of the confusion and problem-solve, create, invent, engineer, and escape by using their extraordinary 3-D multi-dimensional talent.

But this talent does not work well with 2-dimensional words (words on paper). The result of disorientation while reading is a distorted perception of the words – its appearance and meaning causing frustration, mistakes, loss of comprehension, and fatigue.

This is what is available to try and make sense of:

This is the original text:

The injured hunter looked over his shoulder and saw that the wounded lion was about to jump right unto him.

The table is set for confusions and ready to cause major disabling disorientations, leading to severe learning disabilities in reading, writing, spelling, comprehension, memory, and Math.

So then, let’s apply the Davis theory to Sarah’s predicament of knowing the facts almost 100% when doing an oral test, but only 27% when she has to write the same test:

Sarah is dyslexic!   What does it mean?

The cycle of confusion.

Sarah is most probably a picture-creative-thinker, with a high intelligence, and a good memory.  She has no problem hearing, comprehending and retrieval of learned knowledge. But when writing tests, she has to read the questions, and that is where her dilemma starts.  Sarah encounters many words in the questions that do not have pictures attached to them.  So, she sees blanks, stripes and dots, or whatever, and skips to the next word, where the same happens, the next word might be a noun for which she can call up a picture, but now she is already in a state of confusion. The many confusions trigger disorientation, causing her to make false perceptions of reality, inaccuracies without her knowing it.  She makes mistakes, and at some stage teacher, fellow learners, or Mom, will point out the mistakes, which calls up a nasty emotional reaction. No one likes to be making mistakes. But being in class, in a test environment, Sarah has to continue, and she reverts to compulsive solutions of which some has worked in the past. There are many, but the easiest solution would be to guess.  She is now very near to a total learning disability,  and that is uncontrolled dyslexia!

Our  Dyslexia Correction programme teaches Sarah to prevent confusions caused by picture-less words.  Orientation con trol will give her a way to deal with disorientation, eliminate false perceptions, and with the mastering of words and symbols  Sarah will be able to find pictures and accurate meanings for the non-picture words. Compulsive solutions will not be necessary anymore.

If you have not done the Free Dyslexia Screening Test, now is the time to do so.  Click the link below (it’s free!)